Sweetness in the Belly was recently short listed for the Scotiabank Giller Prize for fiction. This is one of Canada’s prestigious literary prizes and although Camilla did not take home the trophy (and the $40,000 in pocket change) her book has gained considerable and well deserved exposure. 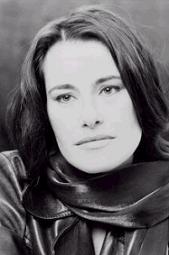 Camilla has touched on a theme readily available in the literary scene but with a unique backdrop. Drawing from her own experiences from her fieldwork in Ethiopia for her Ph.D. in social anthropology she detailed a story about a young, white, Muslim woman named Lilly who falls in love with a man she works with. When their relationship is torn apart by the surrounding political and religious upheaval she searches for both understanding in the world and in herself.

Camilla was born in London, England but grew up in Toronto, Canada. She studied at Oxford University and will be a Writer in Residence at the University of Toronto in the New Year. She has two other novels published.

A few stolen moments with Camilla:

What made you decide to become a writer?

I wanted to be a writer as soon as I learned to read. I started my first novel when I was seven. It was called “Yes I Do Live on the Roof” and it was the story of a girl who lived on the roof of her parent’s house and communed with squirrels. Surprisingly, it remains unpublished to this day. At the end of high school I told my English teacher I wanted to be a writer and he advised me to go and see a bit of the world first. Study something, something that could teach me about the world, take me places. I became a social anthropologist, work I loved, but the limits of academic language felt stifling. And so I (re)turned to fiction in my late twenties.

On a typical writing day, how would you spend your time?

I listen to the same piece(s) of music every morning. Heavy, heartbreaking stuff – usually Arvo Part – music that strips me down, leaves me raw. It’s a rather wordless place but the emotions that inform my writing are there. And then I read whatever I have been writing over the previous few days, often reading it aloud, which gets me into the feel of a piece and allows me to continue on with it. If I’m working on a novel, it can take me hours to read through before I even write a sentence.

What is your favourite word?