It’s August 2001 in Saratoga Springs, Florida. It’s hot and fifty-nine-year-old Belly O’Leary is being released from prison. He was sentenced six years for illegal gambling in his establishment, The War Bar; but got off early after four years for good behaviour. 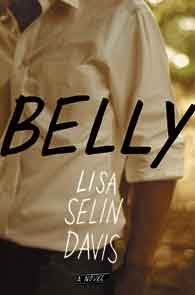 Lisa Selin Davis’ debut novel gives a peek into the life of Belly O’Leary during the week following his release. Before leaving, the prison doctor gives Belly some rules: no salt, no cigarettes and no alcohol. Or else he will aggravate his high blood pressure. In the first twenty-four hours Belly manages to break them all. During this week he’s supposed to be “actively looking for a job” but spends his time stealing money from his daughter’s drawer, drinking her beer, sleeping on her couch, and antagonizing anyone within ten feet of him.

Despite being a proud Catholic, he’s an “adulterer, gambler, liar, abuser, lazy drunk” and a terrible father. Nora is his oldest daughter and has three boys of her own and one on the way. She’s the one who picks him up from prison and takes him home to stay with her family. Ann is a lesbian who’s been married to another woman for ten years. Belly and she are estranged because he thinks being a lesbian is an abomination. Next in age is Shannon. She is his favourite and he can’t get over the fact she died in a car accident years before he went to prison. That leaves poor little Eliza. Another disappointment, not only is she anorexic but she married a Jew. Poor Belly.

Throughout his reintegration into society Belly thinks only about how everything relates to him. His own self importance prevents him from connecting with his children, who desperately want a father, and getting to know his grandkids. He sees himself as their hero and can’t figure out why they don’t. He never gave anyone up when he went to trial and he never told anyone that Loretta (his mistress) and the NYRA boys threatened his family. Problem now is no one from his old life cares that he exists and most have disappeared including the redhead who was guarding his money.

Davis’ book reads like Belly has been in jail for 10-15 years instead of 4. Belly goes on and one about how this building or business has gone and this has been replaced by that. Especially his bar being replaced by the yuppie Cafe Newton. All of these endless changes really did not make sense to me and it was not until the end I realized why. Before prison, Belly wasn’t present in his own life. He was blind to everything except, drinking and gambling and having sex with his mistress. In the end he comes to this realization. Jail was literally his wake up call.

This book is an excellent example of how we can take the people around us and our surroundings for granted. Life keeps going on whether we pay attention or not. Davis is very subtle. Her prose is clean, smooth and to the point. Only once I was thrown off when she talked about the “gurgling” fat under someone’s arms.

I really hated this book most of the way through, correction, I really hated Belly. He’s not a likeable guy. I constantly fought with putting the book down for good or reading until its conclusion. With the last few chapters everything falls into place, if you’re watching. Having finished it, I’m pleased I stayed around for the whole ride.

The review for this book was published 9/12/2006 at Literary Fiction, BellaOnline.