Is it me, or are more younger people being recognized as great writers sooner? Last night at an awards dinner for the Man Booker Prize for fiction the youngest winner to ever win was announced. Kiran Desai is a 35 year old woman born in India and educated in England and the US. She has two books published and this was her first nomination for the Booker. Kiran’s other book Hullabaloo in the Guava Orchard was widely praised. 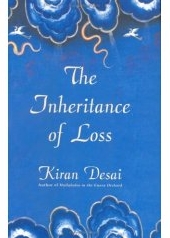 Kiran seems to have followed in her mother’s writing footsteps. Anita Desai was shortlisted for Clear Light of Day (1980), In Custody (1984), and Fasting, Feasting (1999), but has never one. This must be a big kudos for the family.

The Man Booker Prize for Fiction has been a prestigious award for writers since 1969. It strives to reward writers and increase public awareness of contemporary fiction. The prize is awarded to the best original novel by a citizen of the Commonwealth or the Republic of Ireland.

Kiran Desai will receive $50,000 and world wide recognition of her writing. All six short listed authors will receive $2,500 and a specially bound edition of their book. All participants, especially the winner will experience increased sales. Last year’s winner, The Sea (Banville), has had sales rocket to “almost a quarter of a million” dollars and the publisher boasts an increase in the sales of previous titles.

The Inheritance of Loss (Hamish Hamilton) is described by one of the judges (Hermione Lee) as “a magnificent novel of humane breadth and wisdom, comic tenderness and powerful political acuteness”. It follows the life of a retired judge in the north-eastern Himalayas as he tries to adjust to the new stage of his life and the interruptions of his budding granddaughter during political turmoil.

Other books/authors who were on the short list include:

This pieces was originally published on 10/11/2006 at Literary Fiction, BellaOnline.