“I write crap all the time.” ~David Gilmour

That’s the comment that stood out for me when I watched David Gilmour in a interview for a Canadian television series for writers called Writer’s Confessions. For someone as successful as Gilmour to admit he writes crap really takes the pressure off those writers out there struggling to complete their first draft. 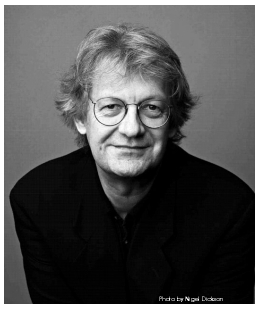 Before I knew Gilmour as a writer I knew him for his television commentary and criticism on CBC’s The Journal and his talk show Gilmour on the Arts. He has a familiar and calming voice with a warm and humorous personality attached. He has six novels published and in 2005 he won the Governor General Award for Literature for A Perfect Night to Go to China, a story about how one family is changed forever when a six year child goes missing because of the father’s negligence.

The 58 years young author, who resides in Toronto, Ontario with his wife and children, has an interesting rearing perspective not tried by many parents. His son came to him when he was 15 and explained his strong desire to quit school. And instead of having a battle about the importance of education he told his son he could take a year off as long as he committed to watching three movies a week with him. It seems like a strange method from someone who graduated from of Upper Canada College and the University of Toronto, but the son agreed to it and father and son probably have a better relationship than most parents do with their children at that age. Gilmour’s thinking was that his son was going to do it no matter what he said so he might as well try to encourage some kind of education during that time. It was such an interesting experience for both of them that Gilmour even wrote a book about it, The Film Club.

David Gilmour is just one of the many entertaining and interesting Canadian novelists worth reading.

This piece was originally posted on 12/16/2007 at Literary Fiction, BellaOnline.