This national award for best work by an American author was founded in 1980 by the PEN/Faulkner Foundation. The foundation and the award are associated with PEN, an international organization devoted to the rights and freedoms of writers worldwide. This award is just one of many projects the Foundation supports to celebrate reading and writing. 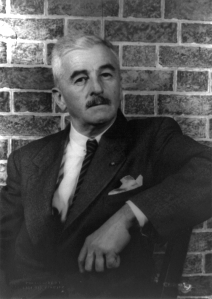 The PEN/Faulkner Award for Fiction was named after the brilliant William Faulkner and the extreme generosity shown when he donated the prize money he won for the Nobel Prize in 1949. Faulkner is best known for such works as: The Sound and the Fury, As I Lay Dying, A Rose for Emily, and That Evening Sun.

Choosing the best writer for the award is left to those with experience in the business. Three judges are chosen each year by the directors of the PEN/Faulkner Foundation who then choose five books from the 300+ novels submitted for review. The award winners are announced annually, in May, at a celebration dinner in Washington. The grand prize award is $15,000 U.S. and the semi-finalists receive $5000 U.S. honorarium.

Learn more about the PEN/Faulkner Award from the official website.