A busy writer and editor, Cindy Davis knows the importance of time management. She has had no choice, having raised eleven children and a countless number of exotic finches and angel fish. She’s learned the hard way, by doing. It has helped to have a supportive husband. Cindy Davis has been writing pretty much all her life but it wasn’t until 1994 that it became a profession, along with editing other writer’s work. She has had nine novels published, the most recent Final Masquerade, and three more on the way. Cindy Davis resides in southern New Hampshire.

Moe: Looking back, did you choose the writing profession or did the profession choose you? When did you ‘know’ you were a writer? 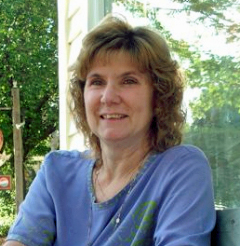 Cindy Davis: A little of both, I think. I wrote a lot when I was young, but never thought about making a career with it. I guess I knew I was a writer when that first paycheck arrived. Granted, it was only $45, but…

Moe: Every writer has a method to their writing. On a typical writing day, how would you spend your time?

Cindy Davis: I am up and at work no later than 5:30 am seven days a week. I write mornings. I edit afternoons.

Cindy Davis: A readable version of my books takes about nine months to complete. I do revise as I go and also use an outline.

Cindy Davis: I do write an outline. I don’t stick strictly to it, it changes as I go, but I like to know when and where I’ve dropped the clues and red herrings.

Cindy Davis: I research constantly. From visiting the settings, to interviewing the people who live there. Research is ongoing through the story too. For example, as Final Masquerade unfolded, I had to research seven different settings, plus learn about antique book buying and driving a tractor trailer.

Moe: Do you ever suffer from writer’s block? If yes, what measures do you take to get past it?

Cindy Davis: I’ve never suffered a total block. Occasionally I feel stuck at a certain plot point. And it always turns out I’ve messed up somewhere. I think it’s my subconscious trying to talk to me.

Moe: What do you hope readers gain, feel or experience when they read one of your books for the first time?

Cindy Davis: Mostly my stories are meant to entertain. I try to combine a couple of interesting or quirky characters with a plot I’d like to think is beyond the mainstream. For example, in Voice from the Ashes, my antagonist thought he/she could hide a murder under the rubble of Mount Saint Helens eruption.

Cindy Davis: 1) Rewriting really hones your project. I used to sit back after the first draft was done and say, “Good job! Next book!” Now, as I write, my brain is always searching for missing elements, incomplete character development. 2) The business is so subjective. I like to retell something someone told me several times, the published writings of famous authors have been re-submitted to agents and/or publishers and been rejected over and over. 3) Promotion is more work than writing. The phone calls, personal visits, bartering and yes, begging are all part of it. All in the name of selling your book. Gotta love it!

Cindy Davis: For my latest release Final Masquerade — One day I saw a homeless woman, who had the wherewithal to have a home, and chose not to. I wondered what sort of circumstances might compel a person to such drastic measures. Weeks later, I attended a writers workshop where we learned how to ‘get lost and stay lost’, which involved changing everything about ourselves. I combined this new knowledge with my homeless woman’s lifestyle; Paige Carmichael is the result. She was born-to-shop. One day she saw her fiance murder his best friend. Next morning she found herself on the run. This story involved more character change than anything I’ve ever done. You’ll have to read it to find out. Smile.

Cindy Davis: I do all sorts of hand crafting: knitting, crocheting, quilting, and cross stitching. I love football and basketball–mostly I’m an armchair sportsman–except when the very athletic granddaughters are here.

Cindy Davis: Never think something you’ve done is finished (perfect). Always be willing to take advice. Keep on plugging along, even after a bucket full of rejections.

Cindy Davis: I’d own a bookstore/quilt shop. Or a bakery. Or… (I like to be open minded).

Cindy Davis: Now (I like to have things done and over with).

My interview with Cindy Davis was originally posted 11/12/2008 at Literary Fiction, BellaOnline.