She lives in Madison, Wisconsin but travels to the sandy shores of Cape Cod, Massachusetts where she teaches at her writers’ residence (One Writer’s Place). This author and journalist has been writing for thirty years along with raising a family of seven children (age four to twenty-three). With seventeen books published from adults to children and one on the way (there’s always one on the way) I’m thankful Jacquelyn Mitchard had the time to give some insight into her personal and writing life. I hope you enjoy getting to know her as much as I did.

Moe: When did you ‘know’ you were a writer? 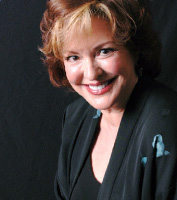 Jacquelyn Mitchard: I always knew I was a storyteller, from babyhood on. It was how a person derived power in my family, the ability to elicit emotions and attention through a story, a poem, a song. I had my first poem published when I was ten. I didn’t plan to be a writer when I grew up but instead a research biologist. I was undone by math, so I suppose I began to write fulltime when I was twenty.

Jacquelyn Mitchard: Weather, music, other peoples’ stories, life in my family, art – although usually photographic art. Great writing. My dogs, travel. There isn’t much left, is there?

Moe: Every writer has a method to his or her writing. On a typical writing day, how would you spend your time?

Jacquelyn Mitchard: If I’m writing, I’ll write from four to fifteen hours a day – depending on how much time I have and the needs of my family. If I’m doing research, usually that’s confined to work hours, nine to four.

Jacquelyn Mitchard: I write straight through and I do revise as I go forward. The foundation has to be plumb or almost plumb before I move on. Probably five months writing and five months research.

Moe: When you sit down to write is any thought given to the genre or type of readers?

Jacquelyn Mitchard: I don’t think of genre but of course I think of someone reading what I’m writing. If the audience is an adult audience, I’m not thinking of a gender. If the audience is a teen audience, I’m thinking not so much of vocabulary or gadgets or cultural reference as I am of a younger person’s emotional geography (it’s smaller but has more peaks and valleys).

Jacquelyn Mitchard: I tend to want to “see the whole,” just as a firefighter assesses a scene before going through the door. But there are many changes that occur along the way toward that last sentence, and they’re based on what I learn and what’s possible.

Jacquelyn Mitchard: Oh yes, my gosh. Now, I don’t usually write about events in Ukraine or Paris (France) but if I did, I would go there. And if I write about a police officer, you can be sure I’ve spent time with her. If I write about cooking something, you can be sure I’ve made it. Often (too often!) I give my characters work that I know nothing about, but am interested in. Hence, I get lost in my research and I love it and it takes way too long.

Moe: Do you ever suffer from writer’s block? If yes, what measures do you take to get past it?

Jacquelyn Mitchard: No. It’s too costly emotionally and in every other way.

Jacquelyn Mitchard: I’ve learned it’s a business, much more so than I ever had to know at the beginning. I’ve learned that expectations have changed and that, even if you don’t want that, you can be “pigeon-holed” as one kind of writer. I’ve learned to be wise and diplomatic with editors, instead of shocked by their requests. I’ve learned that every book I write isn’t going to land out on Waveland Avenue.

Jacquelyn Mitchard: It’s not a SEQUEL to The Deep End of the Ocean. Sequels and series happen in sequential time. Although No Time to Wave Goodbye takes place thirteen years after the end of The Deep End of the Ocean (and they are the same characters, who are 13 years older), I did it because I was drawn back to the scenes of my youth – in part because of getting back in touch with some high school friends and doing a great deal of remembering. Through that, I suddenly realized that I knew what had happened to Vincent, the older son in my first novel. And I wanted to write about that. I’ll write about these characters again, although not all the time.

Jacquelyn Mitchard: I sleep. I play with my kids or go on dates with them to the movies. I go out with my husband and go to garage sales with my friends and to Pilates class. It’s a very jet-set type of life.

Jacquelyn Mitchard: Read more than you think you have to. Learn from your betters not by reading books about writing (Stephen King and Eudora Welty pretty much cover that, as well as Anne Lamott) but actual good books of the kind you want to write. Tivo your favorite TV shows and watch four at a time so you don’t interrupt your reading time. Don’t use “impact” as a verb.

Moe: What is your favorite word?

Remember that Pinterest bench I made a few years a

Finally got a load of soil. Landscaping places are

What kind of tree is this?

The first signs of fall hanging out on my deck.

Moved about four wheelbarrows of soil from here to

This the season for #mushrooms in our front yard.

We put the extra chair that was in the corner back

Play date with bestie. Guess the girls are getting

#leftovers #borscht from freezer for #lunch is sti

Moving around some soil today. Playing with the id

Obelisk is in place, sort of… time will tell. On

All dried and ready to relocate. It was made for m

This is an old obelisk trellis that Jeff made me m

She’s such a poser! #wss #whiteswissshepherd #do

Ode to Joy is the 9th #chordmelody song in the #30

Moving along. Might have over did it today. Took s