Hide Search
You are here: Home / Lenses / The Fatgirl’s Closet

What initially started as an offshoot club for plus size fashion bloggers has since developed into a popular interview article about plus size bloggers and their closets. When Squidoo closed down their clubs I was left with a lens that did no’t really have anything to offer readers because the content had become irrelevant. After great thought and networking I reworked it into an interview lens that showcased plus size women and their closets. 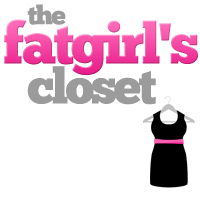 I asked and received permission from Squidoo to continue using The Fatgirl’s Closet logo that was originally made for the club. It is still cute and went perfectly with the lens. My official role as “club leader” has ended but I still made great connections with plus size bloggers which was one of the things I wanted to accomplish from the start.

While I am disappointed the clubs did not continue I am proud that this lens had the opportunity to evolve into a new project which has been received well within the plus size community. It is an interesting take on plus size fashion and still highlights individual bloggers albeit on a smaller scale than originally planned. Take a walk through ten fatgirl’s closets.