Gerard (Gerry) Butler that is. Love him to pieces. When it comes to actors I adore I seem to lean toward many from the UK. I do not know if it is the accents or what. 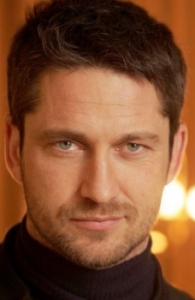 Not only is he beautiful, he makes beautiful movies. He first came into my hottie radar in the movie Dracula 2000. I just love vampire movies and Butler made both an intimidating and sexy vampire as the lead, Dra-cu-la. Unfortunately I was one of the few who enjoyed the movie as it was considered a flop among movie moguls.

Gerry kind of fell out of my Radar until I watched Attila. A television epic tale about barbarian Attila the Hun’s life and death. I still have the copy of the VHS I taped it on even though I cannot watch it. Gerry walks around half naked most of the time but it really is a good movie. Lots of action. This is the movie that cemented my connection with him.

There after it seemed like he became the handsome supporting actor who gets killed or disappears. Reign of Fire, Lara Croft Tomb Raider: The Cradle of Life, Timeline. Loved all three.

When Gerry was cast for The Phantom of the Opera I was dismayed. I just could not see him playing the phantom. But he pulled it off. And he can sing! I still think Christine made the wrong choice. And apparently, that was a problem with critics. Gerry was too good looking to play the Phantom. Not!

Next, Dear Frankie. What could make a woman melt more than a ruggedly handsome man pretending to be someone’s dad so a little deaf boy does not know the painful truth about his deadbeat dad and lying mother. I melted. Could he be more perfect? 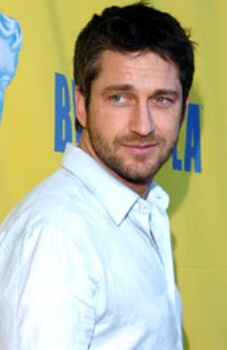 As you have probably figured out I find it hard to separate the actor from the character. But I really do not want to. It is entertainment after all and it is not like I am going to actually meet Gerard Butler.

To round things up here is some basic background on the man, not the characters. Gerry and I share the same birth year, 1969. He was born in Glasgow, Scotland, spent a short stint of toddlerhood in Montreal, Canada and grew up in Paisley, Scotland. Despite being Scottish, he is from Irish decent (me too!). I have been going on and on about his looks and acting ability but apparently he has an Honors degree in law. Looks and brains too! And long before I knew him he was an established stage actor.

There are many websites devoted to this talented and handsome movie hottie but no official website. He is too busy making movies I guess.

Finally got a load of soil. Landscaping places are

What kind of tree is this?

The first signs of fall hanging out on my deck.

Moved about four wheelbarrows of soil from here to

This the season for #mushrooms in our front yard.

We put the extra chair that was in the corner back

Play date with bestie. Guess the girls are getting

#leftovers #borscht from freezer for #lunch is sti

Moving around some soil today. Playing with the id

Obelisk is in place, sort of… time will tell. On

All dried and ready to relocate. It was made for m

This is an old obelisk trellis that Jeff made me m

She’s such a poser! #wss #whiteswissshepherd #do

Ode to Joy is the 9th #chordmelody song in the #30

Moving along. Might have over did it today. Took s