Shoppers Drug Mart is having a “Nail the Look” contest on their site. They are featuring four different nail looks and have asked people like us to nail the look and send in photos of the results. The judges will then pick a favorite from each look and each of the winners gets $500 in nail products. How could I not enter?

The first look is called Pop Brights. The look was developed by Jenny Stencel and Danielle Black from polishyoupretty.com. Here is their tutorial:

I thought this look would be a good one to start with so I headed out to Shopper’s to see what I could find. Luckily they had all the colors I needed and they were all on sale: 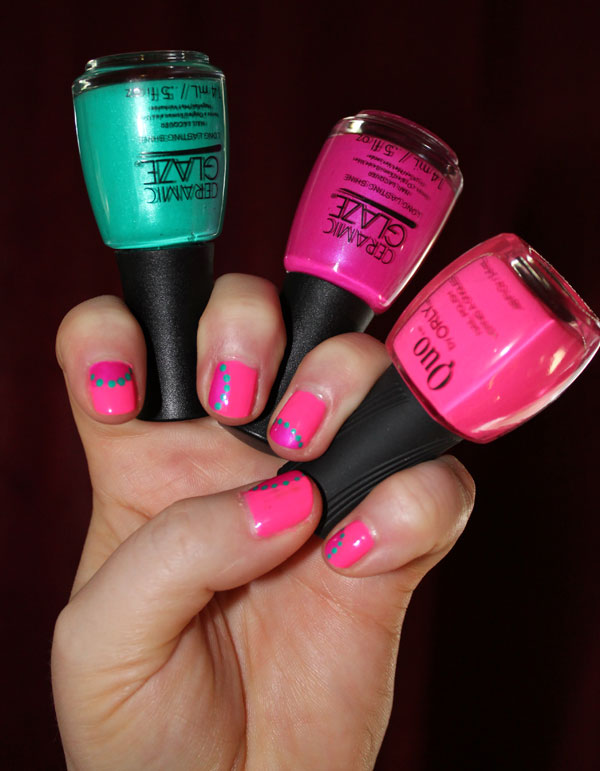 This is my first time using Quo and Ceramic Glaze nail polish. They are both on the higher end price wise and were on sale for $8.99. 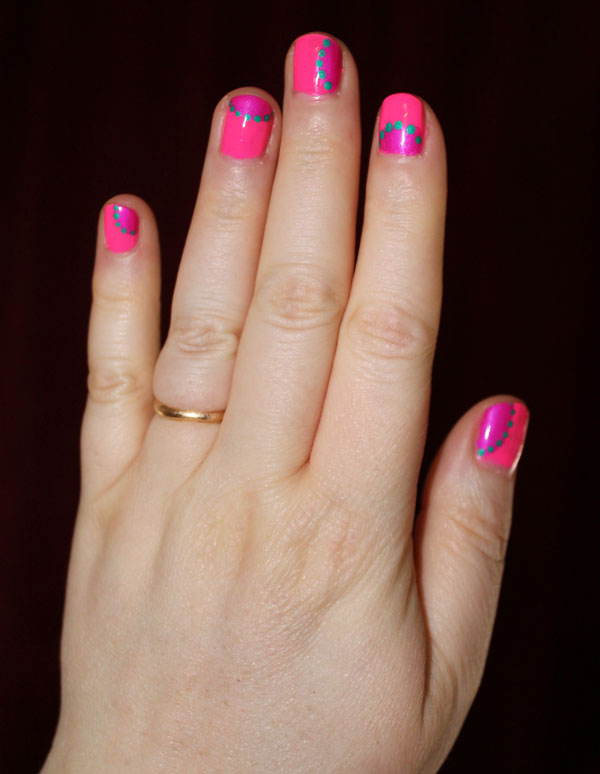 I did not enjoy the Quo experience. I actually had to take off the first two coats I put on because they were such a goopy mess. If I used anymore than two brush strokes to get the polish on it got sticky. I fared better with my second attempt but still was not impressed. If they are all like this I probably would not buy anymore.

I did however really like both of the Ceramic Glaze polishes which I found much easier to work with. 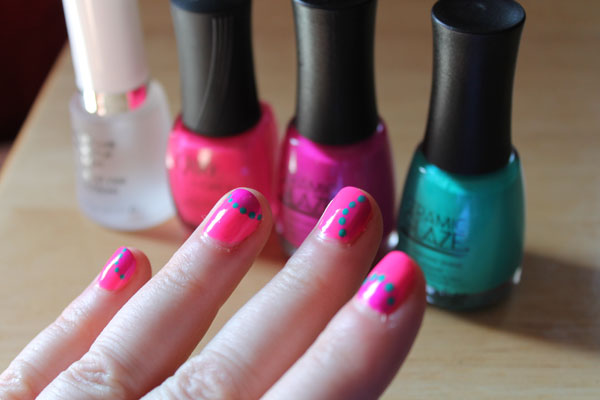 The video used an Essie Millionales base coat but I used a Revlon Multi-care Base/Top Coat (965). And my favorite Julep Freedom Polymer for the top coat. 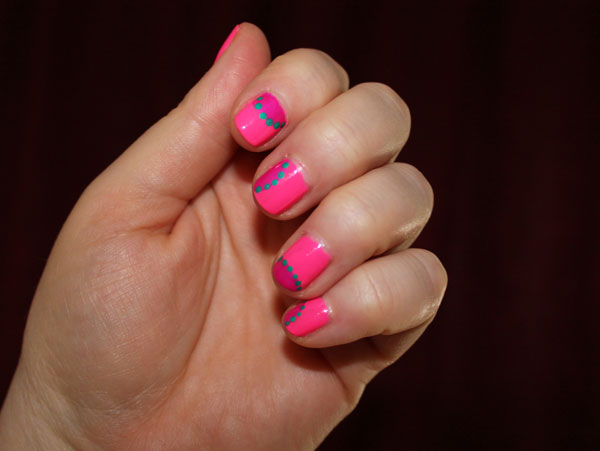 I am very happy with how it turned out! I have a lot of brighter shades in my nail polish box and I love the concept of breaking up the brightness so it is not so overpowering. I am so thankful I watched this tutorial and gave it a try. Fingers crossed the judges think I “nailed the look”!

***
Topic Links
* Shopper’s Drug Mart Nail the Look — Campaign is over.
* Take a look at my other entry!

Practising the “Spanish Strum” that Bernadette

Me getting used to having DH home for next two wee

Lucy is always keeping an eye on me. #tabbycat #li

Bagels are done! He said they were easier than he

Going to see lights on waterfront!

This is still happening! We’re going to be clean

Putting in recessed lights in living room this wee

Made the first of many no knead Olive Loaf. Check