When my brother-in-law was visiting a few weeks ago he dragged his brother to one of the malls in Toronto. While there they got to experience a hard-sell at one of the Kiosks. Specifically the Forever Flawless Deluxe Manicure Kits, “for beautiful, shiny nails and soft beautiful hands”. 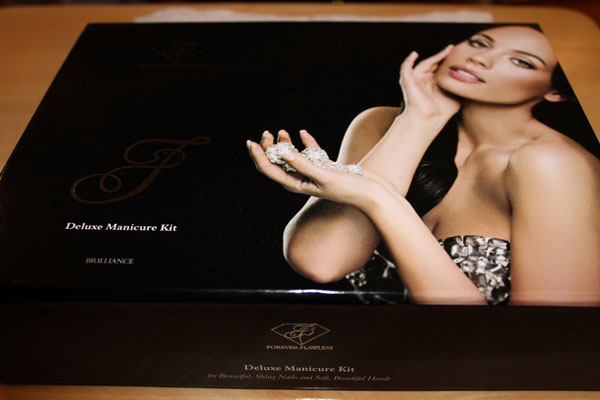 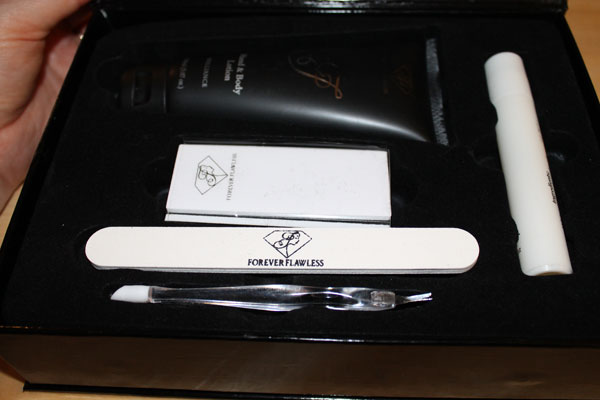 So what is in the kit?

The box has detailed instructions on how to use the contents on both the inside flap and on the outside.

The lotion is very thick and creamy; even the tube is heavy. I found it to be a very mild scent (I actually really liked the scent because of this) but my husband thought it was strong. A little goes a long way in terms of coverage but once it has soaked in there is no greasy feeling residue afterwards. 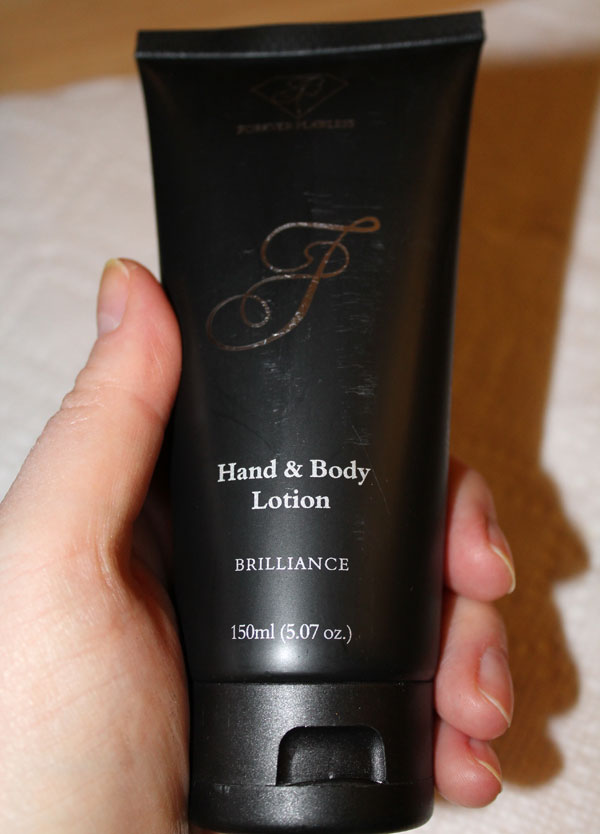 I wanted so much for this lotion to be awesome and it is for maybe the first hour or two but it does not hold up in terms of fighting dryness or providing protection. In fact, over a week, I found the skin on my hands felt dryer, looked older, and was more irritated than ever. Definitely not what I expected from an $80 price tag.

The container for the cuticle oil is a bit cheap. It has a little ball tip for application. There is no control over how much comes out, a bit too much in my opinion. 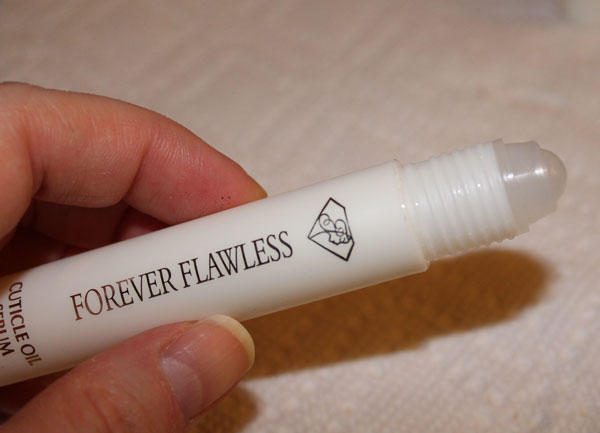 Now, I will admit I am a bit biased when it comes to cuticle oils as I have been using the same one for over eight years and have yet to find anything that comes even close to being as good.

According to the ingredients on the back this one is a combination of water, jojoba oil, and sand flavor. 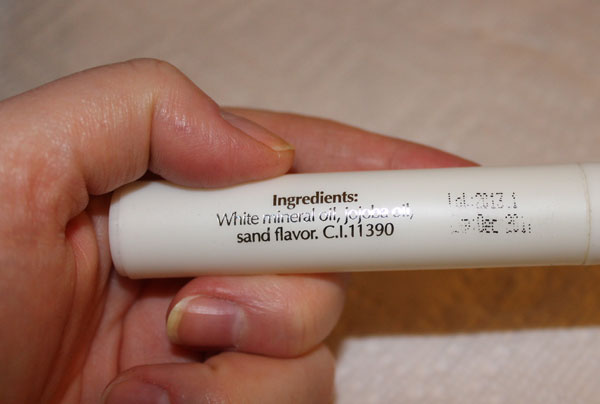 I feel the same about this product as the lotion. After a week of using it my cuticles were crying for my old oils and my hang nails were out of controls. If you use absolutely nothing on your cuticles I can see how this might be useful but again for the $80 price tag, not so much. You could find better conditioners in your local drug store for much cheaper.

To me, this was the best item in the box. I am not a huge fan of buffers on a regular basis because it is easy to over buff and buffing causes splitting. But as someone who regularly abuses nail polish sometimes it is just necessary. The buffer is actually a three sided buffer with the fourth being a nail file. This is how my nails look before buffing (the yellow tint is from a previous staining of orange polish): 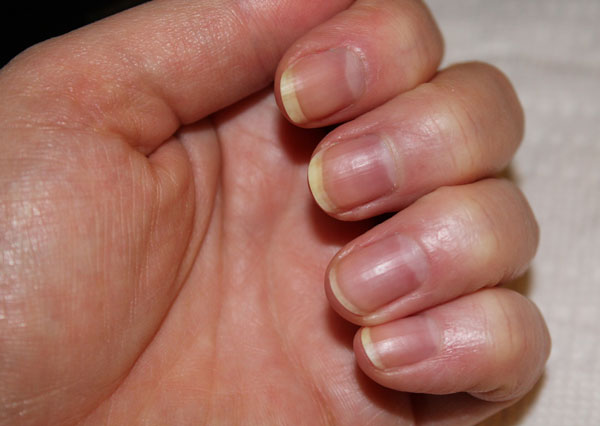 I love the two different grains for getting a smooth finish and the final silky side for getting a really nice shine. After using this anyone could go without polish with confidence. It’s lovely, if you can your hands on the buffer, go for it. 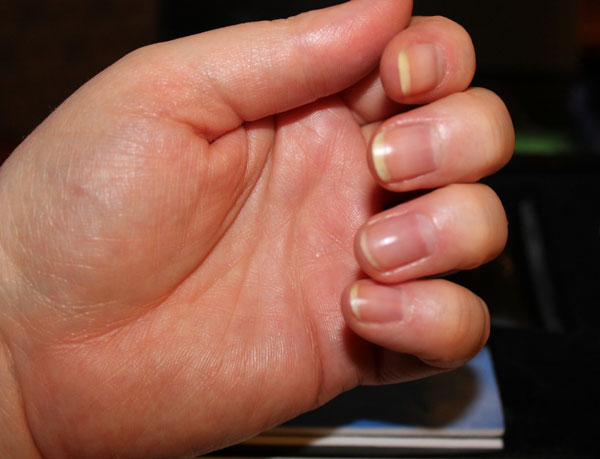 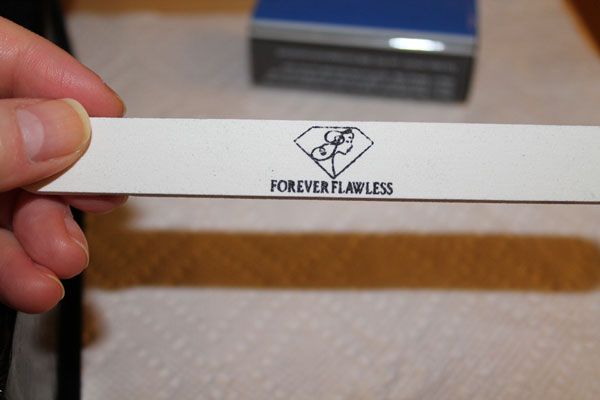 DON’T ever use one of these but especially this one. This was incredibly sharp and dangerous to any healthy nail/cuticle or nails/cuticles trying to get healthy. You would be better off using clippers to trim. This was also a cheap piece of plastic — I have one I paid less for that is better quality. 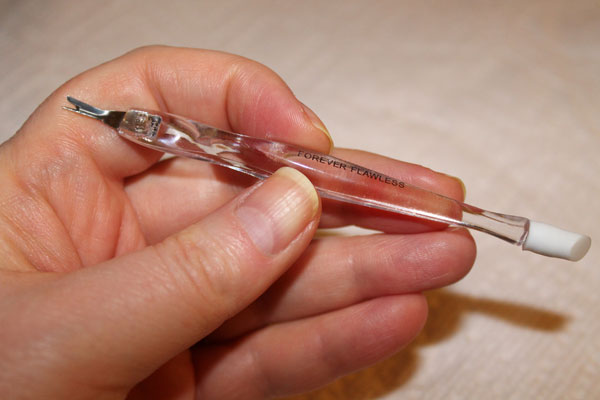 Overall, I cannot say I am impressed with this manicure kit and if I had been with the men while they were shopping I would have told them to skip it — even though they got two kits for their regular price (which was a last minute attempt by the seller). Incidentally, I found a Forever Flawless website that is selling the kit for $99. It looks basically the same but the cuticle oil container is actually nice looking.