I love the black matte polish. It went on really nice and was opaque with two coats. It’s matte when compared with other polish but still has a bit of sheen to it. 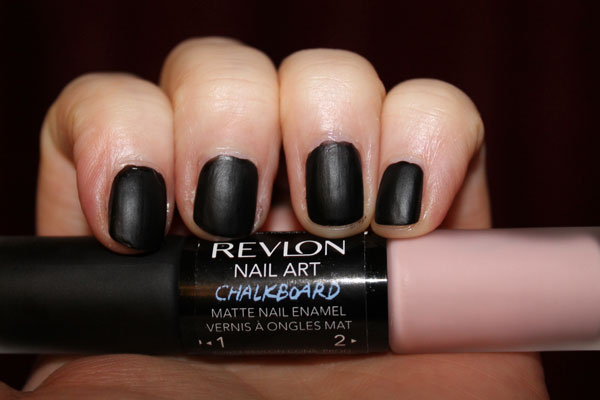 The pink “chalk” has a thinner brush to make it easier to draw with but I really did not come up with anything that I like more than the basic black. Honestly I think the brush should have been shorter to allow for more manipulation. Totally hated it. The bottles are a bit wobbly and top heavy. I had a few close calls when I set the brush in the bottle to clean around a cuticle. 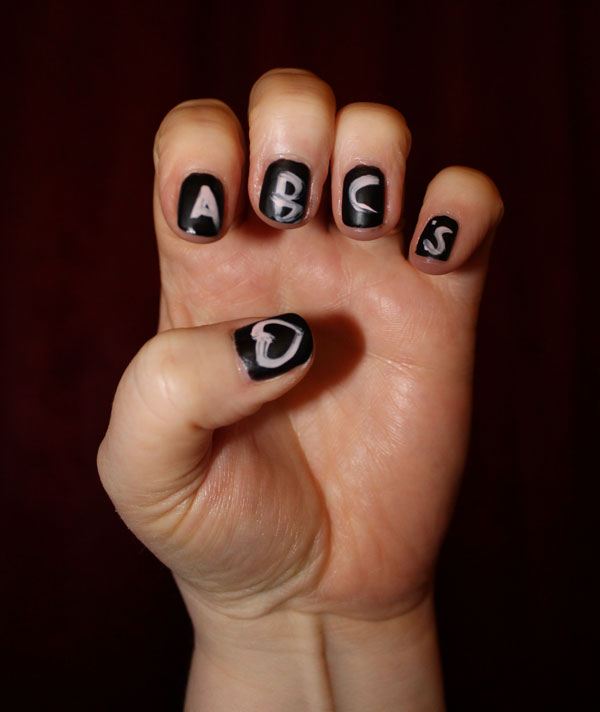 This nail polish combo is pretty pricey, I bought this on sale for about $8 and would have been disappointed had I paid full price. The black is nice and will definitely wear again. It stayed on surprisingly well without a top coat and came off super easy with polish remover.

I did not like the ABC’s above so I ended up putting on another coat of the black chalkboard and redoing the pink chalk with patterns which I liked much better — but still liked the plain black the best. 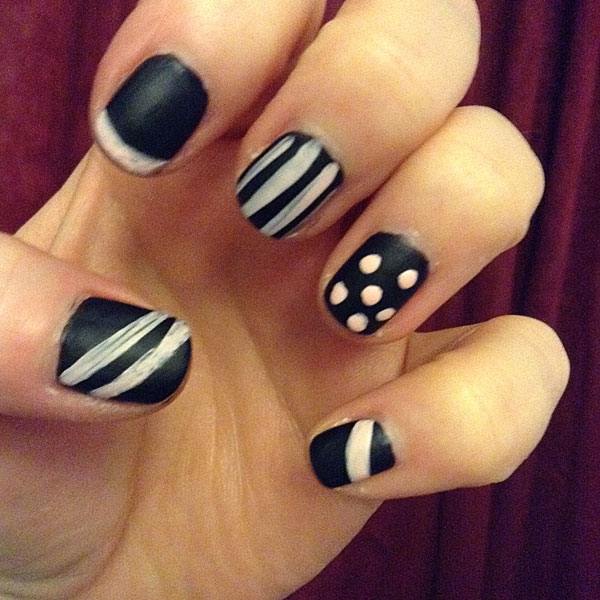