One of my favorite movies is American Werewolf in London so it should be no surprise that as soon as I saw I Have a Cupcake‘s Werewolf Halloween nail art that I had to give it a go. She really makes it look so easy, have a look at her how-to video:


As she mentioned in her video she used the following nail polishes:

Because I do not have the same stash I used (my colors listed below match in order with the ones above but not in the photo): 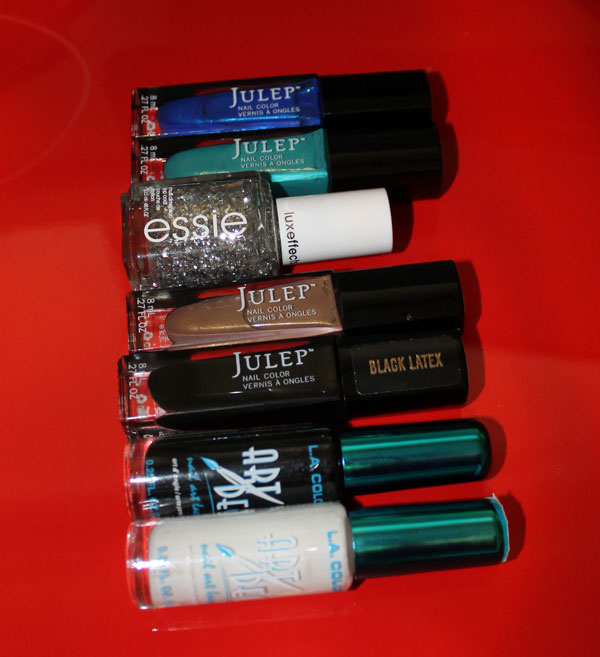 I think it turned out pretty good — and while I Have a Cupcake makes it look super easy, I would say it was mostly easy. I would definitely put it on the newbie “I can do this” list. Look at my moon, doesn’t it look awesome? 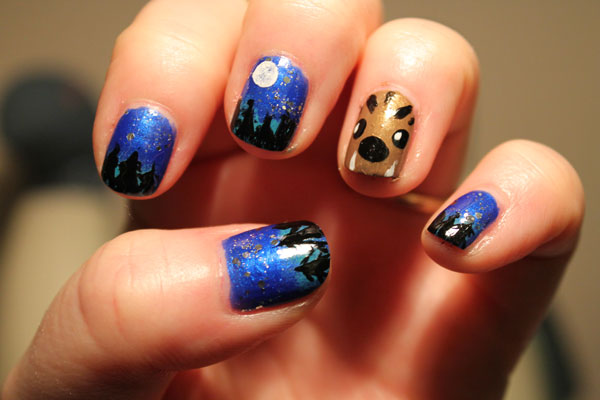 Most of this nail art was pretty easy. The background sky, the hills, the moon. And the wolf fur–easy. I ran into trouble when it came time to do the wolf face. My first attempt was pretty crappy. I tried to cover it up with another coat of brown but that only made it worse. I ended up wiping it off and starting again. On the second try, instead of using the Art Deco brush, I went with a dotting tool and the latex polish even though it was going to be covered with a top coat.

There are so many things I like about this project. First my color choices. Ally is one of my favorite blues and has an incredibly sheen to it all on its own. Lena has a brilliant iridescence and makes it look like there is twilight behind the trees (get it? Twilight?). Even the brown I used has some fine sparkle to it. But my favorite is the contrast of the Essie glitter which looks like stars, really big stars but stars none-the-less. I need a little more practice making trees but really, for a first try on such a small canvas… they are pretty cute. 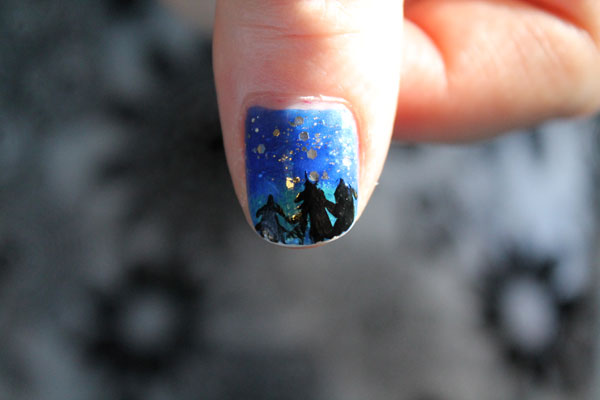 While doing this nail art I also discovered I want to do a blended manicure with this blue, green and black Julep colors at some point maybe even with the glitter top coat.

Besides my color choices, I did something a little different with my moon than the artist in the video. After I put down my circle of white I blotted it with a sponge to give it that moon crater look. I think it is a pretty cool effect. 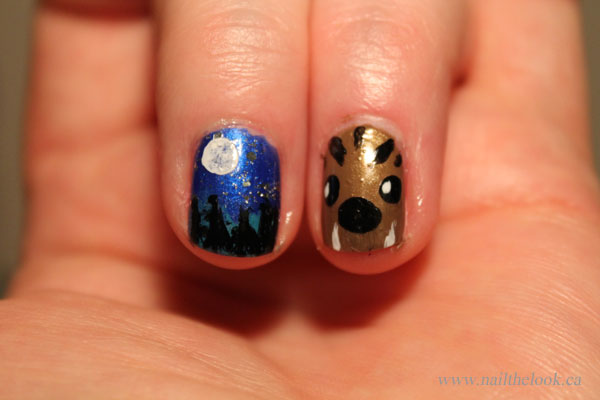 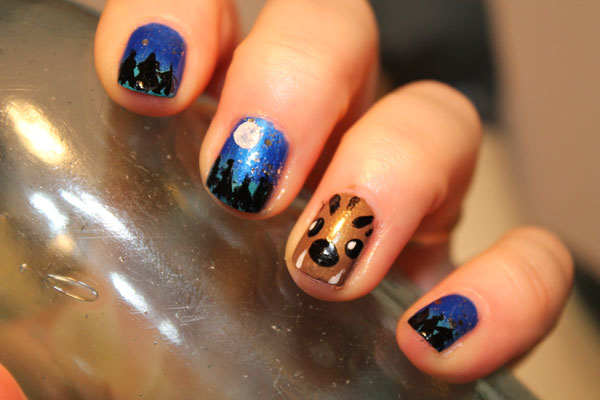 I made a very quick video just so you can how bright the colors actually are:

***
Topic Links
* Check out more of I Have a Cupcake’s designs at her official website
* Become a Julep Maven!