When I first saw SandyDandy’s patchwork nail art video I thought, “I can totally do that”. When I finally tried I realized I couldn’t. I don’t know if my nails were too short (that’s what I think it was) or that I just didn’t have enough patience. Anyway, I ended up doing a patchwork of sorts, with only two colors instead of three but here is her video which offers great direction:

I think my final two-color result turned out great on the second attempt. You can see a little residual black on the cuticles in the first few photos from my first attempt. For colors I used a new red from Avon’s Fall colors Nailwear Pro+ in Racy (477-066). I love the color and it went on great with two coats. Super shiny. 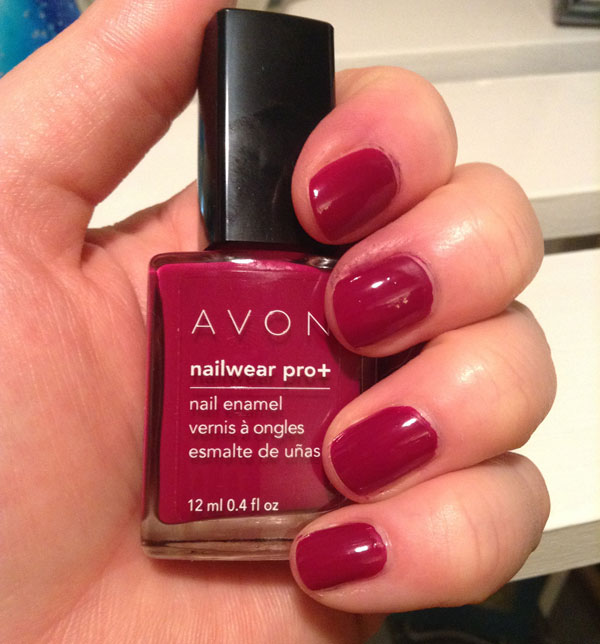 I followed up with Julep’s Black Latex Cleopatra which is my new favorite black. It went on awesome and really does look like latex when it dries. Love this polish. I have used it a few times for nail art accents. 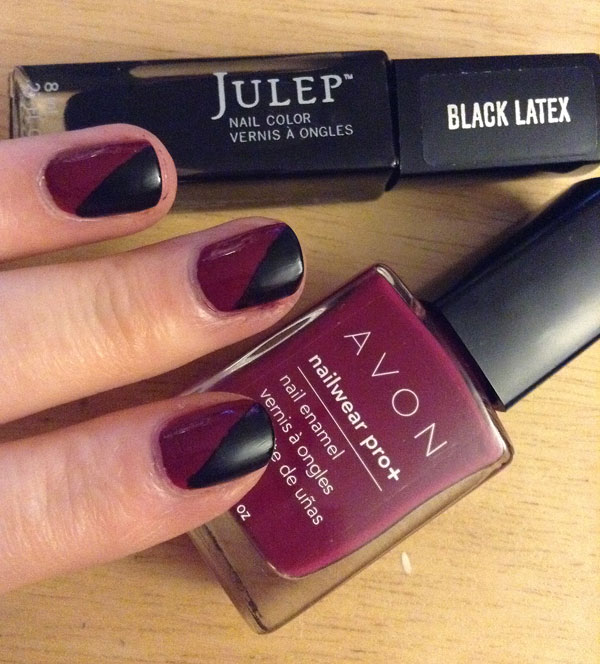 Yes, it is essentially similar to the black and red colorblocking but it is a different look and polish. I like it. 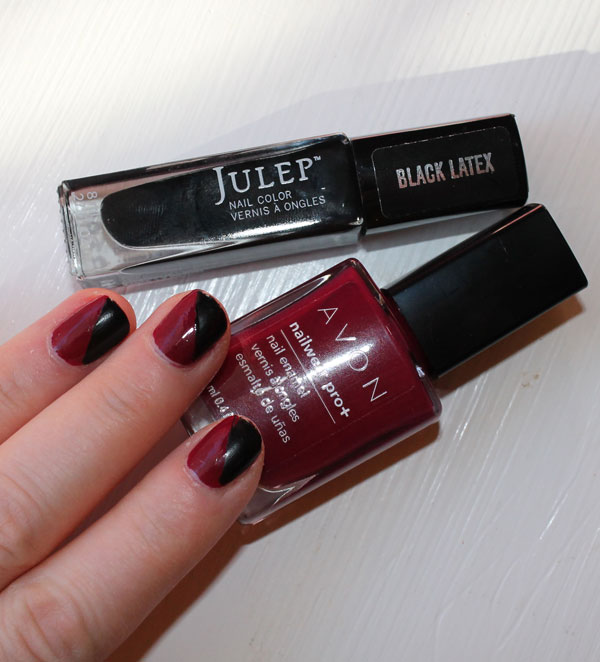 Have you tried patchwork nails yet?