A few weeks ago I went out to lunch with my friend Lana. We went to a tiny bistro in a small neighboring town with a limited menu and seating but an interesting atmosphere with its barn wood walls. One of the things we all ordered was the soup of the day which was pototo, kale, and chorizo sausage. From the first spoonful I decided I needed to try to make this at home. 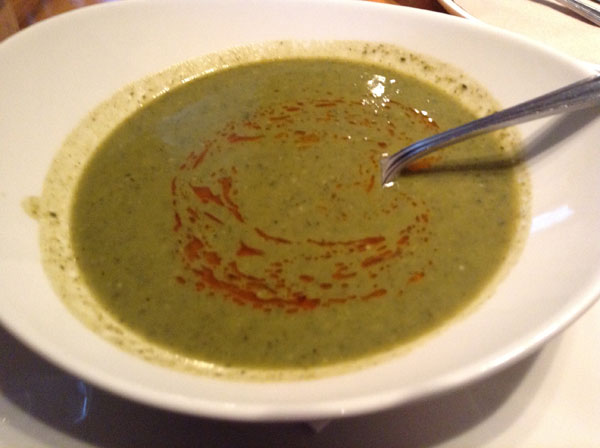 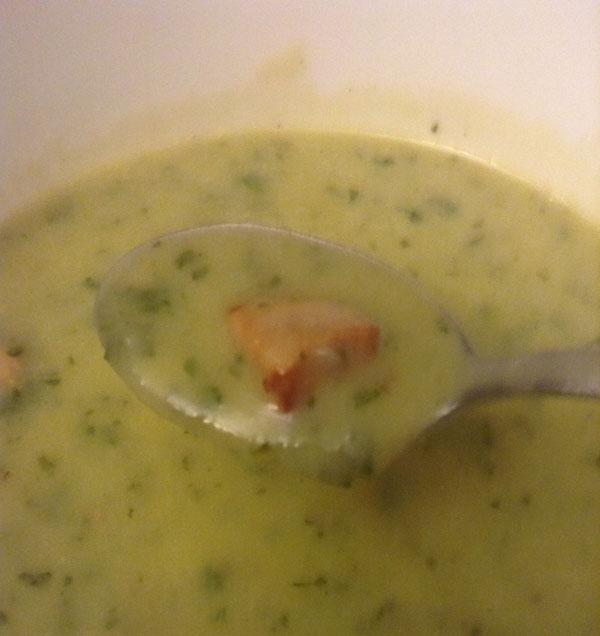 I didn’t have the intention of making this soup again so I did not write down my method as I went along like I tend to do when I am creating food I know I will make more than once. But I thought I would throw together what I did here and those who were creative enough could take what they needed to make their own creations.

The ingredients: I chose to use baking potatoes, baby kale, and chorizo in a sausage roll.
Other ingredients: skim milk, flour, cornstarch, chicken bouillon, paprika, cayenne pepper, and water.

My process: I started off baking four very large baking potatoes for a few hours on low, about 250 °F (our oven is a little hotter). When the potatoes were done I set them aside while I made a basic white sauce: 1 tablespoon of flour, 1 teaspoon of cornstarch and a cup of skim milk, blended with whisk then stirred over medium heat. Once heated and thickened I set it aside.

In a frying pan I fried 1 1/2 cups of the chorizo sausage (spanish sausage), which had been cut into bite size chunks, in about a teaspoon of olive oil. After about ten minutes I set it aside.

I cut open the potatoes and scooped out the innards (skins went to compost). They cooled on a plate while I set up the blender. I added the potatoes to the blender along with two cups of skim milk and blended. I added about 2 to 3 handfuls of baby kale and blended. I was afraid the kale would turn the soup super green so I didn’t blend it too much. I then poured it into a big pot and in another small blender I added a couple mroe handfuls of kale and a cup of water and two teaspoons of liquid bouillon and blended that before adding to the pot of potatoes. (I may have added one or two cups of water at this point but am not sure. If it is too thick, add some.) I then added 1/4 teaspoon of paprika and 1/2 teaspoon cayenne pepper.

Because there is so much milk (and the thickness from potatoes) it is important to keep an eye on the mixture and to keep stirring. It was at this point I realized I didn’t need to make the white sauce because the blending of the potatoes really extracted the starch but I added it anyway because it was already made. 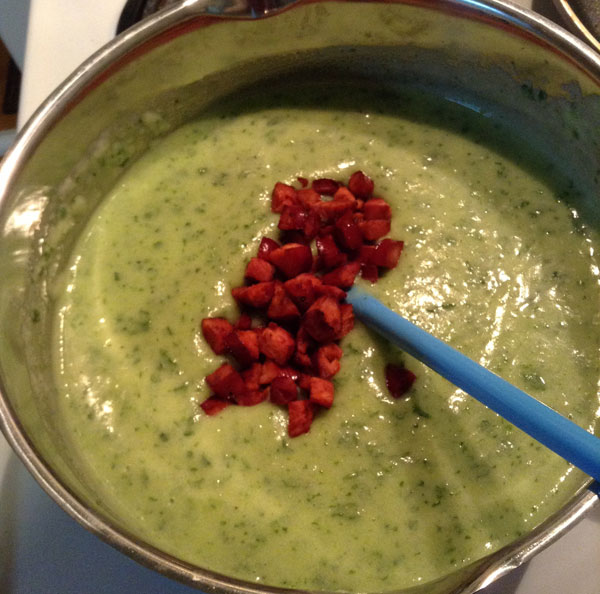 I added the fried sausage (I had actually used half the amount to begin with but decided to add more because it tasted too green). Simmer for about 30 minutes to allow the sausage flavor to permeate the soup. At this point I added 120 ml of whipping cream (half a 250 ml carton or about eight tablespoons. Make sure it is heated through and serve!

I found the soup more flavorful the next day after it had set overnight in the fridge the next day. Also because of the thickness I needed to add another two cups of water when I reheated it.

It is a tasty soup. I finished off the last of it tonight. It made about six or seven large meal size servings.