This week I tried my very first imPRESS Press-on Manicure by Broadway Nails. They were sent to me in my first Influenster Vox Box, the Maple Vox Box (first one in Canada) for review. 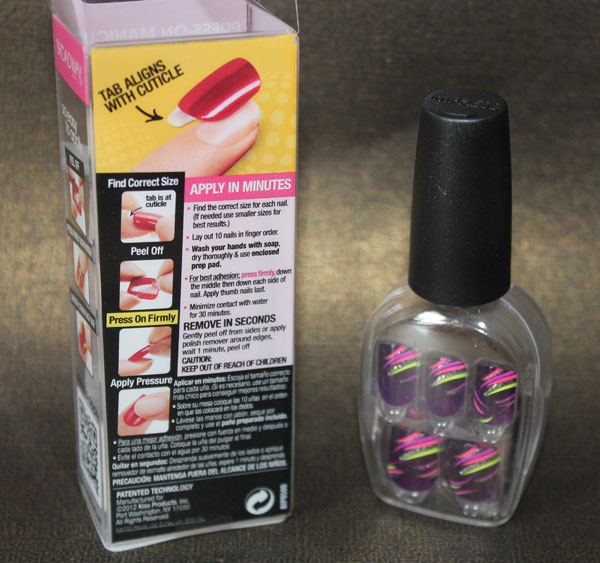 I haven’t worn artificial nails since highschool. Way back then they were super long pieces of plastic I had to trim to live in the real world. I really like the nail art design on these “short length” nails. And unlike the press ons back then that used a crazy glue-like substance these ones have an adhesive already on the back of the nail. I just had to pull off the adhesive protection tag and press on my nail. 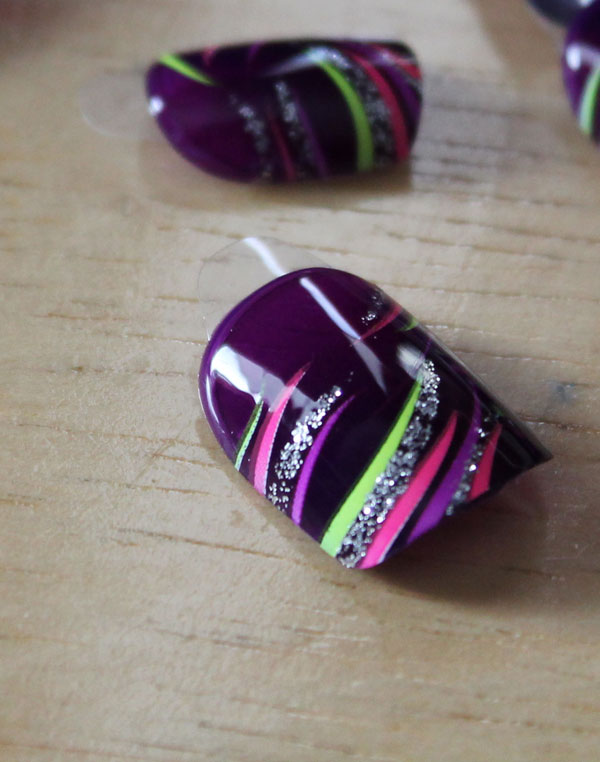 The hardest part was figuring out which sizes would fit each nail. There seemed to be an awful lot of really small (or what I would call pinky finger) options. 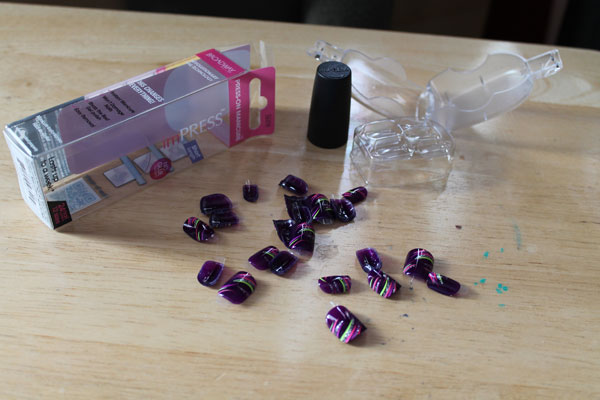 Besides the nails it includes a mini file for smoothing the tips and a prep pad for cleaning the nails before application. 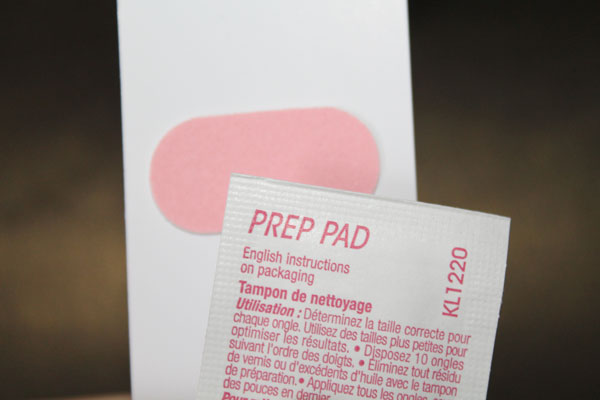 There are 24 nails, two of each size, so twelve sizes to choose from. 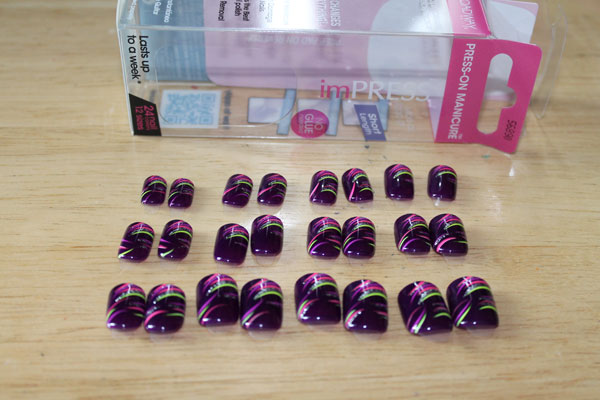 For the most part all the nails fit really well and were super easy to apply. You do have to be certain before you press though because the adhesive is really strong and once pressed it can’t be straightened. One of my nails wasn’t centered properly so I have a bit of a gap on one side. I probably could have wrestled it off and used one of the remaining nails (there are 24 in a package) but decided against it. 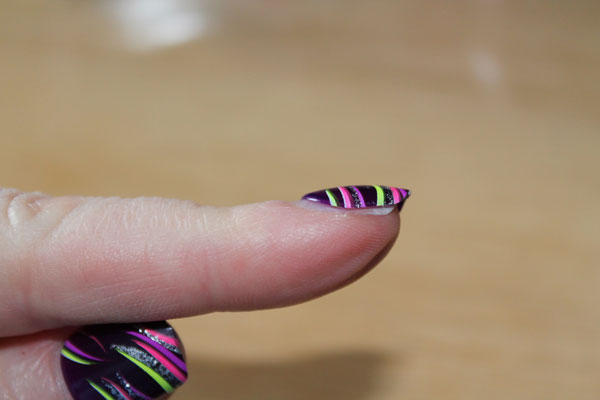 I am trying to grow out my nails so these came at a great time, where I am paranoid about breaking one. I feel like they have some extra protection against breaking now. And they have a really cute nail art design. 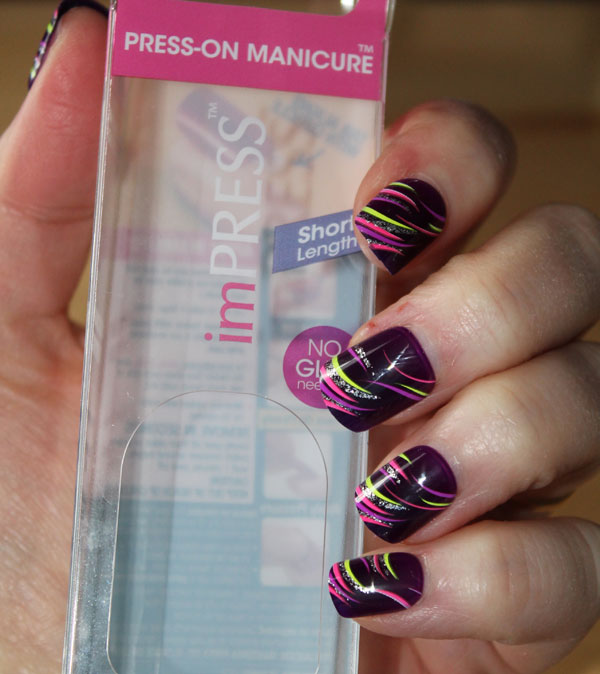 The packaging says it will last up to a week so I look forward to putting it to the test. So far it doesn’t interfere with the buttons on the remote control so that is a bonus! 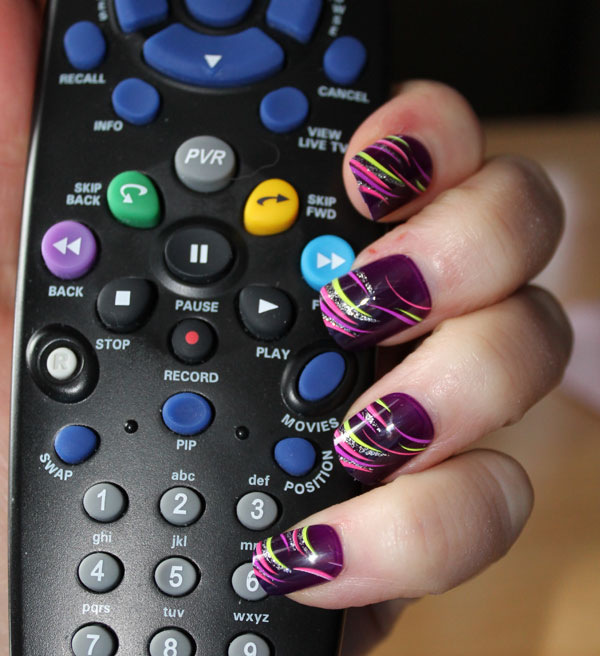 I’ll store the leftover nails in the handy see-through container they came in. I might not be able to use them for a full mani but I can probably use some for accent nails down the road. 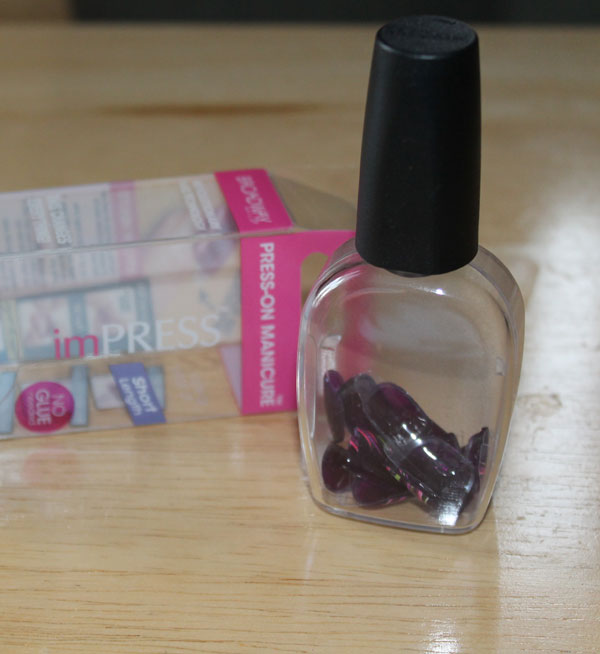 Overall I am happy with the experience so far. I’ll update you to let you know how long they last. The imPress Press-On Manicure is available from Walmart for about $9 to 11 and there are lots of different patterns to choose from, solids too.

Update: I kept the nails on for four days. I wasn’t exactly gentle with them. I cleaned the bathroom, reorganized some furniture, and did a lot of hand washing. As a preventative after showers I gave them a little dry air from the blower drier and pressed them like I did when I first applied them — along the middle then the sides. Removing them was easy but not incredibly easy (I probably could have gotten away with another two days of wear). I just worked them off a little at a time, eight minutes.

I was surprised to see that my nails had softened underneath which was a disappointment at the time because I’m growing them out and I thought they’d end up tearing but within a few hours of removal they returned to their normal state and I made sure to condition them before bed.

ImPress press-on nails are definitely a fun product and I enjoyed the experience. I may even try them again in the future if I happen to see a nail art pattern I’d like to try. But for me, they would have to be on sale as I find $9 a bit expensive for five days of wear, even it I am paying for the no-mess convenience.

“I received these products complimentary from Influenster for testing purposes.”