I was hoping to try at least three Christmas nail art designs by now but I have only had the opportunity for one but it was a pretty cute one too — Candy Cane nail tips! IndigoNoval1 has this easy to do how-to which is pretty self explanatory on its own. I watched it a few times before I attempted it on mine.

Instead of professional nail strips like the artist I used some double sided strip tape from the dollar store. At least I did on my right hand. On my left hand I decided to go free style. It took a little longer but wasn’t bad so if you don’t have the strips it still doesn’t mean you can’t give it a try. 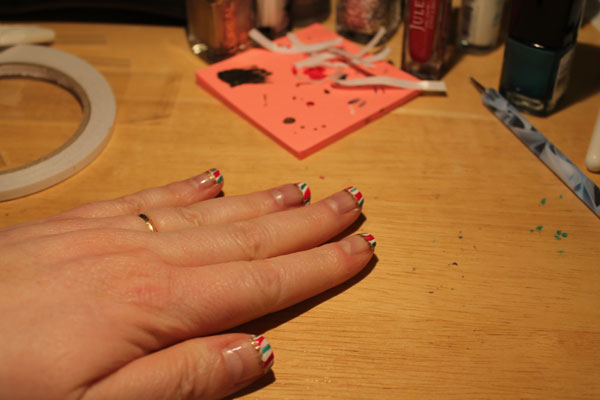 The polishes I used were: 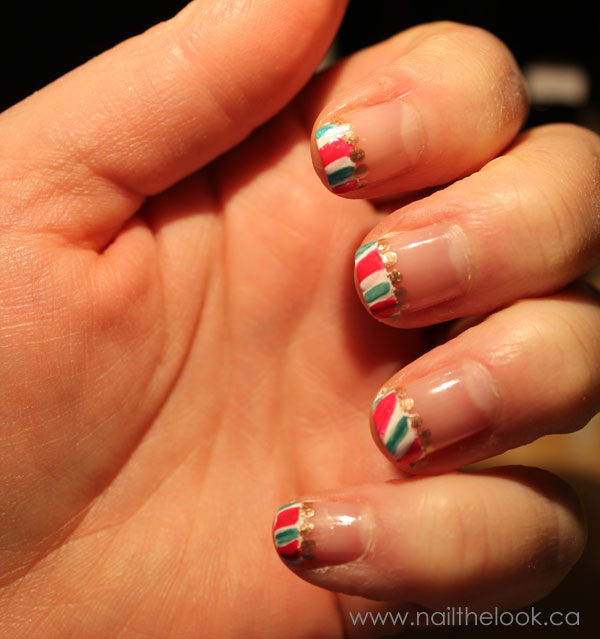 I have some nails brushes from eBay that I used to paint on the red and green strips. I find thicker strips of red looks more cane like than if they are all too thin. So instead of going for three or for red strips per nail go for two.

Overall this was a fun one that produced some really cute results. I would definitely do this one again for Christmas holidays and I might even try playing with a few other colors — I really like tip nail art.