I knew when I watched QTplace’s Santa nail art video I had to try it. So much cuteness and it looked so doable. Here is her step by step video:

I was so excited when I sat down with my nail polish to work on this nail art. For polish I used:

When I got started I quickly realized how much I loved the Rapid Red and Joelle polishes (they are both new) that I had to make a quick Instagram about them:

The video and even this close up do not show how pretty this holographic polish is. It’s like trying to catch pretty snow on film. It never works. 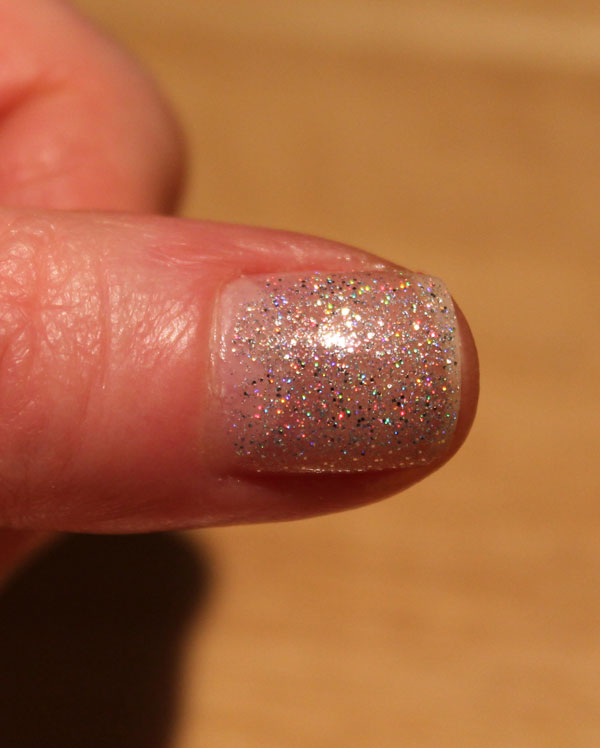 At this point I thought things were progressing ravishingly. Can I say that? Too late, all ready did it. Anyway. I fiddled with Santa’s cuffs and face and thought it was pretty cute. Before the top coat I thought, “Well maybe I will make the eyes a wee bit bigger. Big mistake! As I was doing that my hand had a spastic reflex and smoosh, black all over the face. I tried too clean it up but just made it worse. I let it dry and tried doctoring over it with more flesh polish and redoing the eyes. I ended up with this, a smooshy lumpy Santa face:

My Instagram friends were sweet saying it was still “cute” but… I know they were just being nice because I was freaking out. Anyway, this mani lasted for about two hours before I rubbed it off. So the moral of this story when you are doing nail art is, “Don’t fudge with it!” — and practice your design on something else first. Normally I do but for some reason I was overly confident.

A day or so later, I was really yearning for some more of the Sally Hansen Rapid Red (so pretty) that I just did a simple manicure with it. The red is almost completely opaque with one coat but is totally opaque with two coats. This brand has an extra wide brush so I find it easy to polish each nail in two to three strokes. I love the consistency of this one which makes me love the color even more (but it does tend to thicken quickly if open for long periods). It’s super shiny too, no top coat in this photo. 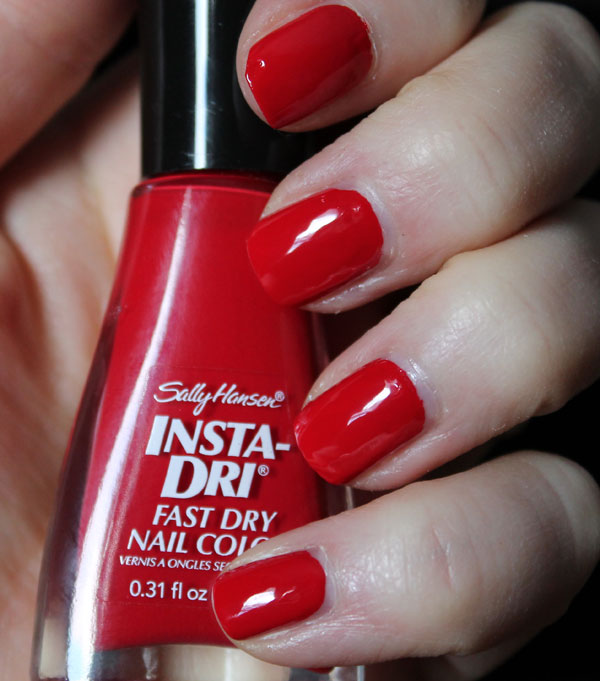 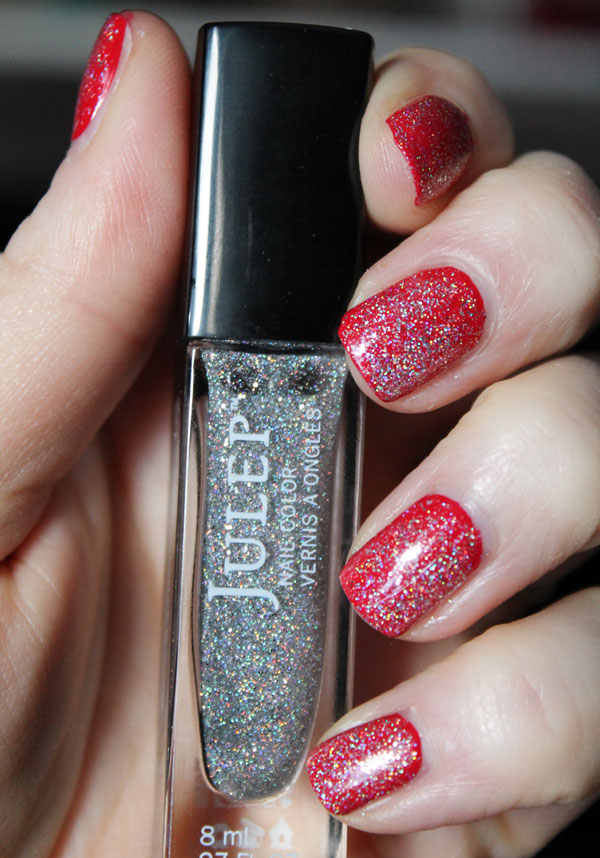 You’ll notice too that my nails were starting to get a pretty good squared edge in the Santa photo. There were a couple days in between where we removed some cupboards in the kitchen so I had some damage and spliting (I had no polish on to protect them). But I didn’t want to trim them until I had to chance to see this polish combination at this length. I guess I could have buffed them a bit to reduce the chip appearance but I really hate to do that to my nails unless absolutely necessary. I am not going to give up on the square nails yet — I almost had it this time.

Here is my new manicure in motion:

What are you painting on your nails for the holidays?